What to do with low inflation

At the last of its meetings for 2011, the Federal Reserve Board’s policy-making committee reconfirmed its expectations for inflation – and thus interest rates – to remain at “subdued” levels at least through mid-2013.

As the chart below shows, the broadest measure of inflation, the Consumer Price Index, is at its highest year-to-year core rate since October 2008. But it’s still relatively low, considering it’s about half of the average inflation rate since 1920. 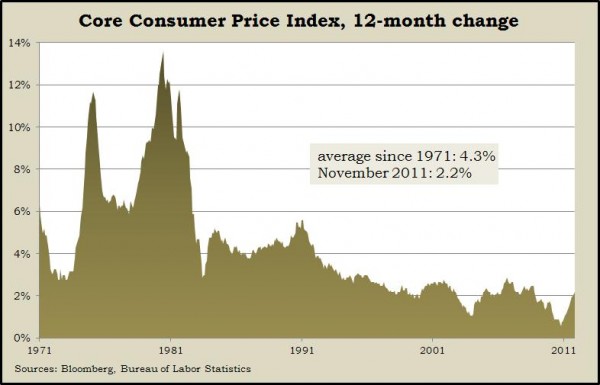 Also, the bellwether 10-year Treasury Note has been hovering around the 2% yield mark for more than a year. That’s about one-third of the long-time average. 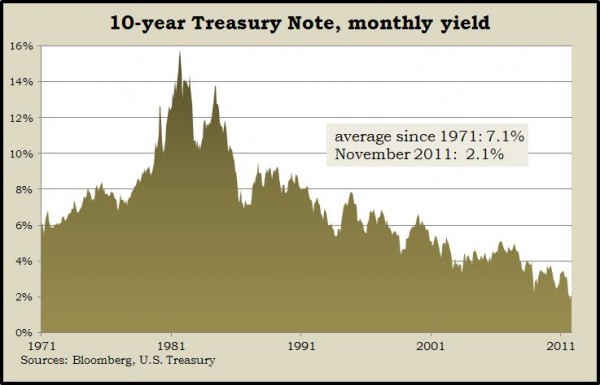 Economists surveyed by the Bloomberg financial news service have forecast inflation, as measured by the CPI, to remain under 3% at least through 2013. The same analysts project that the 10-year note will yield no more than 3% on average through 2012.

Under these circumstances, what should investors expect to do? Joel Dresang posed that question to Bob Landaas during a Money Talk podcast recorded in November. To listen, please click the audio player above.

Other Money Talk articles on Bonds

For articles on bonds and fixed investments from the Financial Industry Regulatory Authority, please click here.