Pandemic spending: Can you spare a dime? 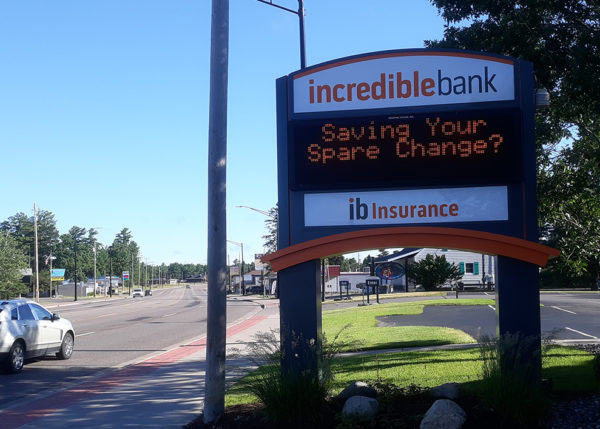 Arranged like a marching band ready to parade, several $20 bills have been staged in my wallet since our family canceled vacation plans in March. My wife and I were going to Florida for a week with my mother-in-law and our oldest daughter. Then COVID-19 was declared a pandemic.

I finally got to release one of those twenties a couple of weeks ago at a restaurant drive-thru. It felt strange and dirty to handle the bill, especially after months of merchants limiting my payments to bank cards or mobile apps. Through my face mask, I said thank-you to the young woman who handed me change. In fact, though, I took the money from her anxiously, not sure what to do with it.

Spare change, it turns out, is another unintended casualty of the coronavirus.

With businesses closed and spenders keeping their hands in their pockets, a coin shortage has emerged. Kroger, America’s leading owner of supermarkets, including the one in my neighborhood, has said cash customers can convert change to credit on their store loyalty cards or round up and donate the difference to charity. A bank in Tennessee was running so low, it requested coins from local businesses operating laundromats and vending machines.

When the head of the Federal Reserve Board testified virtually to Congress about the troubled economy, one representative brought up the coin shortage, saying that he did not want to hear any talk of banks running out of money.

In early July, the Fed gathered industry leaders to form a U.S. Coin Task Force “to work together to identify, implement, and promote actions to reduce the consequence and duration of COVID-19 related disruptions to normal coin circulation.”

Learn about the expression “nickel-and-dime.”
For What It’s Worth

And though Powell assured Congress that the mint and the Fed were on top of the situation and the coin shortage was just temporary, it goes to show how profoundly COVID-19 has upended commerce—especially the 70% of the economy driven by consumer spending.

“Almost everyone I talk to is spending less money now with the pandemic,” Bob Landaas said on a recent Money Talk Podcast. “Until people feel safe to be out and about, they’re just flat out not going to be spending as much, and it’s almost across the board.”

Not only has the pandemic canceled big-ticket spending like our trip to Florida, but when consumers do feel more secure, they have fewer places open to take their money.

“You do the math on what that means for the economy, and it’s no wonder that we now officially have entered recession,” Kyle Tetting said in the same podcast. “It’s no wonder that consumer spending fell off as much as it did. It’s no wonder that stocks, I think, had the fall that they did when it was becoming evident that what was going to happen as a result of the shutdown of the economy is exactly what we saw.”

Consider the cancelation of Milwaukee’s Summerfest and the $186 million impact that organizers say it generates or the $4.5 million the Wisconsin State Fair figures it will lose by canceling its event for the first time in 75 years.

Even as Congress contemplates providing more relief to Americans displaced by the pandemic, more stimulus to keep consumers spending, what will prevail are safety concerns — both on the part of individuals and the places that would take their money.

Even as retail spending in June caught back up to the pre-pandemic level in February, analysts cautioned against premature celebrations. Recent spikes in COVID-19 cases and resulting retightening of shopping restrictions could slow consumer spending again in coming months.

“People are spending less, and that’s the direction of the economy,” Bob said, “at least for now, until people feel safe to go out and spend their money.”

As for the change I received in the drive-thru, I just let it drop into the car’s console, where we keep a stash of coins for plugging parking meters. I just counted it. We’ve accumulated $12.77.

If only we had someplace to go with it.

Handling money in the pandemic

Centers for Disease Control and Prevention