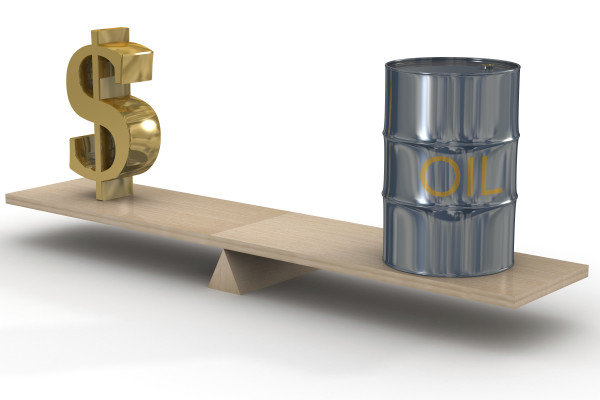 The drop in oil prices has fueled a cautionary reminder to bond investors: Credit quality factors into the risks you take.

At issue are energy producers that have issued corporate debt to help develop hydraulic fracturing operations to extract oil from shale. The rise of this fracking industry has coincided with a decline in global oil consumption, largely because of slower economic growth in China.

Increased supply and lower demand have resulted in the lowest oil prices in years. Oil company stock prices have declined, but bonds are affected too.

“The sell-off in oil is spilling into other asset classes,” Bob Landaas, president of Landaas & Company, said during a recent Money Talk Podcast. “Since 2008, a quarter of all high-yield bonds that have been issued have been issued to the fracking industry. At this point, analysts say some of those companies are going to be struggling to pay that money back.”

“The exodus has hit the high for the year,” Bob said. “That’s a heads-up to investors who may have loaded up on high-yield in the good years to see that the bloom is off the rose.”

With interest rates near record lows – having been stuck there coming out of the Great Recession and the 2008 financial collapse – more fixed-income investors have sought the higher yield of lower-quality corporate bonds.

The relatively narrow spread between the yields on junk bonds and higher-quality government debt has suggested that many investors were overlooking the quality of credit just to get a higher yield. As a result, they weren’t getting paid for the extra risk they were taking in quality.

“We’ve been trading in a high-yield market that hasn’t really reflected that risk,” said Kyle Tetting, director of research at Landaas & Company. “So if we do see some increase in defaults, particularly in the fracking area, or the oil exploration area, it could be pretty significant, considering how underpriced risk has been in high-yield.”

Kyle referred to research suggesting that $55 per barrel may be the break-even point for shale oil producers. The price has dropped below $60 after surpassing $100 in June.

“So if you’re looking at half the producers out there unable to make money if oil falls much below where it is right now, that sheds some light on that high-yield market, where money was just flooding in to frackers,” Kyle said.

“Something like the shift in oil prices, which affects the highly leveraged smaller oil producers, all of a sudden reflects the quality problems of the credit,” Brian said. “That’s just a reminder that credit is the extra risk that you take with poorer quality bonds.”

Fixed-income investors should heed such a reminder especially because lower oil prices continue to keep inflation at bay, possibly putting off the Federal Reserve’s need to raise interest rates.

“With this decline in oil prices, it’s going to postpone the point at which the Fed raises the overnight rate,” Bob said. “Should this trend continue with low oil prices for a couple more months, the Fed won’t even be talking about raising rates in the second half of 2015, they’re going to start pushing that into 2016 and perhaps even longer.”