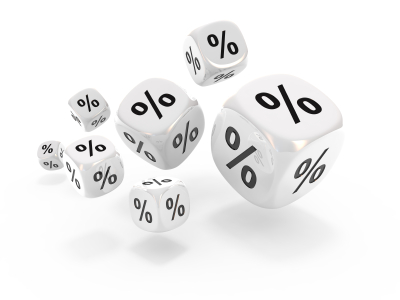 The typical calm of the municipal bond market has been roiled in the past few years by the following series of events:

Muni bonds have performed remarkably well the past couple of years. Still, the psychological damage from all the above has taken a toll on the muni bond market in recent months.

Since February, more than $56 billion has flowed out of muni bond funds. Muni bond issuance is at an all-time low. The exodus from the muni bond market drove rates up on average from 2.17% past 3% recently, while bond prices have suffered accordingly. As bond mutual funds own roughly three-fourths of the $3.7 trillion dollar muni bond market, the losses have had a far-reaching impact on investors.

Seems to me like a good time to buy municipal bonds. Fears in the muni market may be at the least, exaggerated; at worst, irrational.

Bonds issued by BBB municipalities (one step above junk and the current rating of Puerto Rico) after 10 years had a cumulative default rate of 30 in 10,000 occurrences. Similarly, AAA-rated bonds (the highest rating) have ZERO defaults for bonds after 10 years. Default rates for comparable corporate entities are substantially higher, reaffirming the relative safety of muni bonds.

Second, while losses connected to Detroit and Puerto Rican bonds may be real, the negative impact on the overall muni bond market pricing may be overstated.

Detroit has at risk about $18 billion in outstanding muni bonds, Puerto Rico about $70 billion. Total bonds at risk in those municipalities comprise about 2% of the total $3.7 trillion muni bond market.

Detroit recently received court approval to file for bankruptcy protection, while Puerto Rican officials have been applauded for their efforts to address long-standing fiscal imbalances in the commonwealth. While losses are likely to be incurred in both areas, cumulative losses should be a fraction of total exposure and a small percent of the overall market. Steer clear of muni bonds issued from Detroit and Puerto Rico, and your risk should be limited.

Finally, indeed interest rates in the long run have no way to go but up.

Bernanke incited an abrupt correction in muni bond prices after commenting in May that the Fed was considering a less accommodative approach later in the year. The sudden rise in interest rates and corresponding price declines have since been muted by a rally across most bond sectors.

Yes, interest rates will have to rise at some time, but clearly the Fed intends to do everything in its power to remain accommodative until inflation becomes a problem or unemployment returns to satisfactory levels. Most of us believe either of those two events are years off.

So, while inevitably interest rates will rise, the process should play out over many years, and further abrupt corrections should not diminish muni bond returns over the long run.

The current 2.93% yield on muni bonds compares with a recent 3.16% yield on comparable corporate bonds. When considering that muni bonds are federally tax exempt, muni bonds are a relatively appealing alternative to their taxable counterparts.

I would avoid bonds issued by Detroit or Puerto Rico, but munis offer historically safe return of principal and comparatively attractive yields. The fear born of hyped TV interviews and isolated problems has made the muni bond market a part of the bond market that I currently find appealing for the right investor in a diversified portfolio.