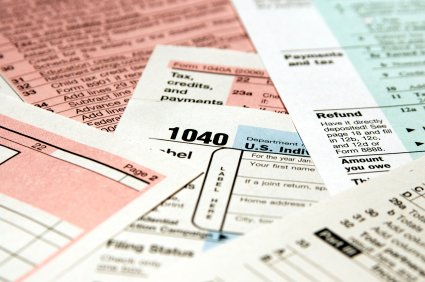 For the second year in a row, the COVID-19 coronavirus has pushed back the deadline for federal income tax filing. Taxes are due Monday, May 17, 2021, rather than the traditional Tax Day of April 15. Quarterly estimated tax payments are still due on April 15. The Wisconsin Department of Revenue also is extending the due date for state taxes to May 17.

“This has been a hard year for everyone,” Wisconsin Revenue Secretary Peter Barca said in a statement. “People are still trying to catch up financially and emotionally. Extending the tax deadline to May 17 should help make things a bit easier for those who need the extra time.”

Although the default deadline is April 15, Tax Day has jumped around the calendar over the years, depending on whether April 15 falls on the weekend or competes with another holiday. In 2016, Tax Day was April 18 because although April 15 was a Friday that year, it coincided with Emancipation Day, commemorating the day in 1862 proclaiming freedom for slaves in the District of Columbia.

April 15 has been the tax deadline since 1955. Before that, it had been March 15, but Congress moved it back, by some accounts, to give the IRS more time to handle the onslaught of paperwork from taxpayers each new year. Congress got the authority to levy taxes on corporate and individual income with the 16th Amendment to the U.S. Constitution, ratified in February 1913.

Of course, postponing deadlines plays to the human weakness to procrastinate.

As he did a year ago, IRS Commissioner Chuck Rettig urged Americans to still file their taxes ASAP, especially if they’re expecting refunds. Taxpayers who figure they owe money with their returns have the benefit of putting off those payments without penalties or interest or extra paperwork.

Deadlines for some state returns may vary. For tax advice, consult a trusted tax professional.

Learn more
Tax Day for individuals extended to May 17, from the IRS
Wisconsin Individual Income Tax Return and Payment Deadline Extended, from the Wisconsin Department of Revenue
Procrastination and the Brain, a National Geographic video