For What It’s Worth: Circuit breakers 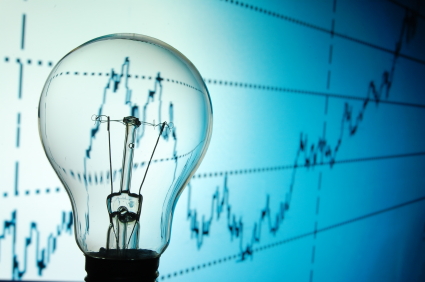 Within two weeks, so-called circuit breakers kicked in four times. The mechanisms are supposed to halt trading at different points of severe stock slides and are byproducts of the historic 22.6% free fall in the Dow Jones Industrial Average in October 1987.

As a finance reporter at a daily newspaper in upstate New York at the time, I covered what became known as Black Monday. About a year later, as a staff writer at USA Today and a columnist for Gannett News Service, I wrote about the establishment of circuit breakers.

On March 9, 12, 16 and 18, 2020, trading automatically stopped for 15 minutes because the Standard & Poor’s 500 index had dropped 7% from the previous day’s close. Markets would have taken another 15- minute timeout had prices dropped by 13% in the same session. Trading would have shut down for the rest of the day if the S&P had declined 20%.

“It’s used if there’s a surge on one side or another and one doesn’t want the house to catch fire. It’s a sort of safety valve,” David Malmquist, associate chief economist at the Securities and Exchange Commission, told me in 1988. “It would be better to take a breather in abnormal times than to let the markets become exhausted.”

Circuit breakers were jointly recommended by the Securities and Exchange Commission, the Federal Reserve Board, the U.S. Treasury and the Commodity Futures Exchange Commission. The idea came from a task force headed by former Sen. Nicholas F. Brady, who subsequently was Treasury secretary under presidents Reagan and George H. W. Bush.

The Brady Commission is credited for calling the emergency trading breathers “circuit breakers.”

“I guess we kept talking about the concept, and the term just evolved,” David W. Mullins Jr., who was associate director of the commission, told me at the time. Mullins later became vice-chairman of the Federal Reserve.

Rules for the circuit breakers have changed over the years. Initially, they kicked in at a 250-point drop in the Dow, after which trading would be suspended for one hour. A second halt for two hours would ensue after the Dow declined another 150 points in the same day. For perspective, the Dow dropped more than 400 points in eight of the first 15 trading days in March.

In 1998, officials updated circuit breakers to be tied to percentage drops instead of points. In 2012, they switched to the broader market S&P 500 instead of the Dow.

Circuit breakers overrode opposition when they were first proposed, notably by the National Association of Securities Dealers, a trade group for whom the Nasdaq stock index was named. The NASD contended that halting trades during stock purges would make matters worse, calling attention to sell-off conditions and fueling pent-up demand for further sell orders.

Although the second level of circuit breakers have yet to kick in, the S&P 500 has sunk more than 7% on some days when trading got paused. As with the crash in ’87, officials are likely to re-examine the role and effectiveness of circuit breakers—but only after the dust settles.