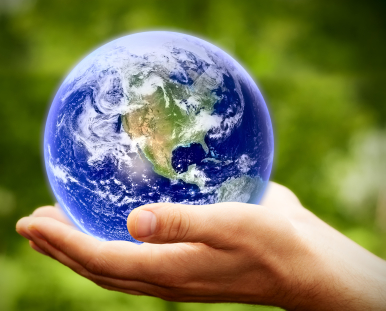 Like many Americans, I spent the 4th of July with family. This year, we explored the Grand Canyon along with other natural wonders of the Southwest.

A short man dressed head to toe in the stars and stripes hailed us as we arrived early at Grand Canyon National Park. Throughout the day, campers and hikers brandishing patriotic T-shirts and baseball caps wished us Happy 4th of July and Happy Independence Day.

Visitors clogged the vast parks. Even before we arrived, Zion National Park had issued a warning of “congestion” and “crowded conditions” that would force visitors “to take longer to enter and move around within the park.” I was impressed that so many other Americans enjoyed the outdoors.

Soon, though, I realized the adventures on which were embarking were international affairs. Many of our fellow tourists were speaking languages more common in Latin America, Asia, Scandinavia, Western Europe and Africa.

On the day devoted to celebrating America, I noticed how small the world is. My discovery was meaningful in light of ongoing financial developments.

The week we returned from vacation, Federal Reserve Board Chair Jerome Powell—head of the monetary system for the United States—told Congress that he is concerned about the global economy and trade uncertainty and their impact on the U.S. economy.

Powell underscored the interconnectedness of international commerce. Meantime, more groups have been trying to distance themselves from globalization. For three years, the Brexit movement has been trying to extricate the United Kingdom from the European Union.

A tall, middle-aged British man, originally from Egypt, accompanied us on our three-hour mule ride in the Grand Canyon. Three days earlier, I had met a younger Dutch-speaking woman navigating the brisk current and slippery rocks of The Narrows, at Zion National Park.

They are among tens of millions of international travelers each year who visit a U.S. national park. The U.S. Travel Association has estimated that 36.5% of overseas tourists include a national park in their itinerary.

At Lower Antelope Canyon, a Navajo Nation guide pulled a notebook from his pocket to show me where he writes down useful phrases from other languages he hears from tourists. He told me he has learned some Mandarin and that he’s studying Russian. Speaking the languages of his customers should earn him better tips.

Indeed, no country comes close to the U.S. in the money it generates from global tourism. The United Nations World Travel Organization reports that overseas visitors spent $210.7 billion in the U.S. in 2017, more than the combined intake of the next three countries—Spain, France and Thailand.

International visitors were also earning money during our trip. A young woman from Poland and another from the Philippines staffed the front desk at the Lodge at Bryce Canyon. For years, U.S. employers—including many in the Wisconsin tourism industry—have relied on overseas workers to fill seasonal jobs lacking local applicants.

Of course, we had other reminders of globalism on our getaway. We saw license plates from Ontario and (astoundingly) Chile. The Dodge Grand Caravan we rented for the week was manufactured in Canada. Its tires were from Japan.

I made note of such anecdotes as signs that globalization is an irrefutable, irreversible, irresistible force. It reminded me of a Money Talk Video I taped with Kyle Tetting. He spoke of the traps of “home country bias,” being too parochial in your views that you’re blind to the importance of investments outside of where you live.

International investments also help reduce correlation, thus lowering the risk that comes when all the assets in a portfolio move in unison.

“You’re introducing certain investments into a portfolio that beat to different drummers,” Steve Giles said in a Money Talk Video. “Where one asset class may be going down, you’re going to have the benefit of another asset class that, at that time, might be going up.”

Of course, investing overseas also entails challenges of its own, notably currency risks, but also exposure to geopolitical risks different from U.S.-based investments. Current uncertainties surrounding trade policies are reminders that the extent to which investors acquire international assets depends on many variables, including time horizon and risk tolerance.

Still, America’s Independence Day reminded me how interdependent our country is becoming. In the goal of diversifying my investments, I don’t want just U.S. concerns in my portfolio. I think of that guide at Lower Antelope Canyon. He recognized the opportunities possible from learning a little of the unfamiliar languages of his customers and including it in his work.