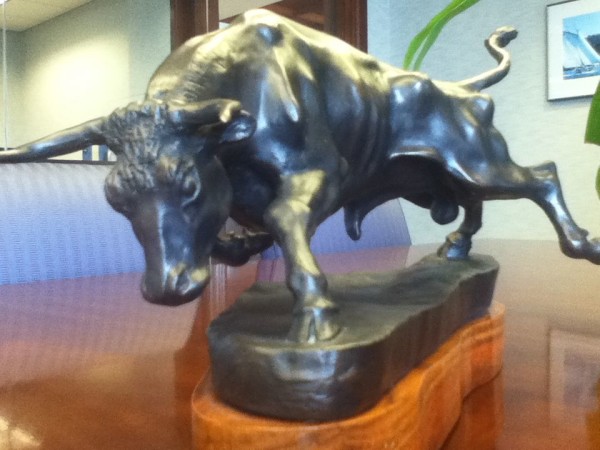 After a great start to the year, stocks sold off in late March for their biggest weekly decline of 2012. The benchmark S&P 500 index closed March 23 down for the week and suffered three daily losses in the last week of the month.

Despite those setbacks, through the first three months, the S&P was up 12% from where it ended 2011. And I believe this bull market has some room to grow.

I see nothing to fear from the recent selloffs. I believe we are in the early stages of a bull market.

Weakness in manufacturing in China contributed to the latest market declines. The Shanghai composite stock index hit a 12–week low in the final days of March, reflecting concerns about a housing slowdown and slowing export trade in the world’s second-largest economy.

Also, new home sales in the U.S. dropped for the second month in a row, reminding investors that housing has yet to hit a bottom. Durable goods orders were not as strong as forecast, although they still suggest continued strength for manufacturing.

Although from a technical standpoint the bull market began in March 2009, many analysts believe that last year’s mid-year selloff qualified as a bear market, thus resetting the clock for the markets. Prices fell 19% from April to October last year, while intraday prices actually fell more than 20% – the typical definition of a bear market.

The markets since October have behaved like an early-stage bull market. Technology stocks very sensitive to economic cycles are helping to lead the markets higher, with the Nasdaq composite index up more than 18% for the year so far. Other economically sensitive stocks, such as consumer discretionary, are also major contributors to the rise. Meanwhile, defensive stocks such as utilities, healthcare and consumer staples are lagging the broader markets.

All this suggests the behavior of an early-stage bull market. Investors are betting on a continued economic rebound. As a result, the markets are off to a good start this year.

Worries persist about the durability of – and solutions for – the European recovery. Although the Federal Reserve has regarded it as a short-term deterrent, the rising price of oil presents another concern. And keep in mind that the strength of the U.S. economic expansion is still below average.