When the easing is over 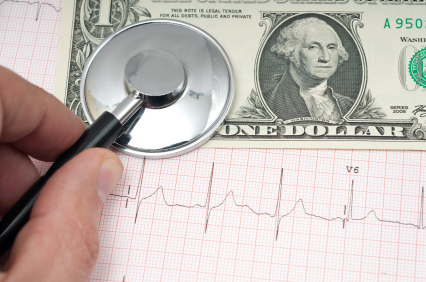 A doctor determines a patient is recovered enough to be taken off life support. But instead of taking it as good news, the patient gets upset and fearful.

Such a scenario is playing out on Wall Street – where the patient is the U.S. economy and the doctor is the Federal Reserve.

Having supported the economy through hundreds of billions of dollars of bond-buying to keep interest rates low, the Fed eventually will ease up on quantitative easing. Its decision to taper off would represent the Fed’s belief that the economy is strong enough to stand on its own. But the markets have been selling off at hints of tapering, suggesting that investors are afraid.

“People are concerned about the end of quantitative easing because they fear the economy won’t expand and will slide back to where we were,” said Art Rothschild, vice president at Landaas & Company.

When the Fed does finally decide to taper its buying, investors should look at it as a positive. The economy at last would be getting off of life support and breathing on its own. It would mark the end of a sick economy and the beginning of a healthy one.

Investors need to understand that the Fed is in place to maximize employment and control inflation. These duties are required by law and are classified as the dual mandate.

In a public statement June 19, Fed Chairman Ben Bernanke said that if the economy continues to improve, tapering could begin as early as late 2013 and perhaps wind down around mid-2014 if the unemployment rate declined near 7% – down from 7.6% in May. Bernanke compared such a process to “letting up a bit on the gas pedal as the car picks up speed, not to beginning to apply the brakes.”

In other words, the economy will be on life support for a while longer. The Fed will continue the economy’s monthly medication – an $85 billion dollar bond-buying strategy aimed at lowering long-term interest rates.

Even after quantitative easing ends, Bernanke noted, the Fed plans to keep short-term interest rates near historic lows, at least into 2015.

But eventually, support will decrease. Bernanke explains that keeping interest rates low for a long time can unbalance the financial system.

“Interest rates have already started to increase in anticipation of a bond sell-off without the Fed beginning to taper,” said Bob Landaas, president of Landaas & Company.

Rising rates gradually could restore some of the cushion of traditional savings instruments such as money market funds and certificates of deposits. But investors also can expect lower bond prices, which have an inverse relationship with interest rates.

With that environment on the horizon, investors need to be conscientious of the quality and duration of their fixed-income holdings. Higher quality and shorter durations will leave them less vulnerable to interest rate increases.

Also, investors need to resist the temptation to abandon bonds.

Investors must keep in mind their investment goals and understand that times are always changing. Long-term investing requires a balanced portfolio – often about half bonds and half stocks, which allows investors to mitigate the risks of market cycles.

That requires sticking with bonds even in a rising rate environment, which lets investors stay in the investment game longer.

Tyler Johnson is an intern at Landaas & Company. He is a senior at Marquette University majoring in finance and information technology.