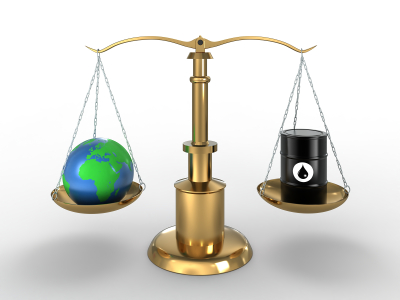 The Deepwater Horizon accident has illuminated an already-developing movement to develop additional energy sources. As more than 200 million gallons of oil leaked into the Gulf of Mexico since the April 20 explosion, a sense of urgency has spilled over to energy reform.

“I can’t help but think that you’re going to see energy reform a lot sooner than you would have otherwise as a result,” says Brian Kilb, executive vice president of Landaas & Company. “We’ll see what happens, but certainly any time there’s an opportunity for something to change significantly, the capitalist in us would suggest there are opportunities to benefit from it.”

Alternative energy efforts were underway prior to the oil gush.

More than four years before the explosion on the BP-licensed oil rig, BP launched plans to double its investment in alternative and renewable energies. BP’s belief that renewable and alternative energy will make up an increasing share of the energy sector has led to investments of around $4 billion since 2005 in low-carbon technologies such as wind and solar power.

The U.S. government has taken steps toward cleaner energy, including establishing green standards for household appliances.

“Now is the time to change the way that we use energy,” President Obama said in April 2009. Together, we must confront climate change by ending the world’s dependence on fossil fuels, by tapping the power of new sources of energy like the wind and sun.”

Anticipation of job growth from a shift in energy sources has prompted the Bureau of Labor Statistics to start tracking employment in “green jobs” beginning in September.
The long-term outlook for alternative energy is rising because of a push for cheaper and cleaner energy sources.

“It’s not that energy usage is going to go down or diminish,” says Margaret Schumacher, vice president at Landaas & Company. “The history of energy usage is that we figure out new ways, better ways, more efficient ways to use the energy we have. And also migrate toward the latest or best or cheapest energy source. We actually might be seeing that migration away from fossil fuels and into the next generation of energy.”

Jeff Peterson, a former manager in the nuclear power industry, says a shift toward other energy sources likely would have a number of consequences and secondary effects.

“Clearly, we need a lot more electric generation – a lot more than I think windmills can support. And we need a lot better grid structure. So there will certainly be investment opportunities in that regard,” Jeff says. “There are alternatives out there. We just have to find the right combination where it all fits in and works together.”

With the future of energy in transition, investors looking to include the sector in their diversified portfolios might consider professionally managed funds that invest broadly in the energy segment, Brian says.

“I think there are a number of good exchange traded funds and a number of good mutual funds that focus on clean energy,” Brian says. “I think the right answer might be to spread your money around a little bit in that sector if you’re going to focus on clean energy itself. Let professional fund managers pick the good companies, and you determine the right amount of this sector for your risk tolerance.”

Katie Potts is an intern at Landaas & Company. She is studying for a Master in Business Administration at Marquette University and has a degree in finance from the University of Notre Dame.